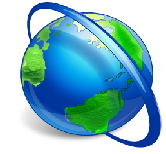 In this section you will find the best Netball animations and animated gifs. This are the most awesome animated Netball gif you will find. All Netball pictures and images are 100% free! You also can use these amazing Netball clipart images for your website, blog or share them on social media. You can use these Netball pics in your emails.

Download Netball graphics and animation for free. We hope you enjoy all funny Netball illustrations!